Living In China With Health Issues

Imagine a world where if someone got injured, broke a bone or got a concussion, that going to the doctor wouldn’t cause more stress. Imagine a world, where a surgery and overnight hospital stay didn’t mean thousands of dollars and countless months of headaches fighting the insurance company and finding the money to pay the bill.

In the United States, it can cost over $100 to see a doctor. This is only seeing the doctor, not getting referrals or working towards a cure. Sometimes, especially for low-income families, the resources for medical care is close to non-existent.

In some free and reduced clinics, there is a limited amount of time a patient can be seen by a doctor. This doesn’t seem so bad until the time limit is confirmed to be fifteen minutes. By the time a patient sits down and goes through the basics, blood pressure readings and answering common questions, the patient’s fifteen minutes are up.

There is no guarantee that after spending hundreds, possibly even thousands, of dollars that a medical condition will be diagnosed or cured. Being sick is expensive, at least this is the reality in the United States and numerous first-world countries. Some countries don’t bill a patient until the patient is cured. Just imagine how different the medical system would be in the United States if this was the case.

Being Sick in China

It just so happened that I got sick when I was in China. It didn’t start until about two weeks into my adventure. I thought I was having issues with my allergies, but I quickly learned that I was dealing with something a bit more serious but common.

I was in Beijing at a time where some of the worst conditions for air pollution were prevalent. I have asthma, and breathing was extremely difficult when the air was so thick that I couldn’t see across the road. Luckily, these conditions weren’t a constant thing. Yet, the air always seemed to be thicker than what I was used to.

On the second week, I started to sneeze. This usually means I’m getting a cold and I thought to buy cold medicine would solve my problem. After three days of Dayquil, I still was sneezing, and my throat was starting to clog.

Meeting up with Katie and Kaylee, two other World Explorers through the non-profit CHI, I started to notice that the nasty stuff in my nose was draining in my throat. There were times that I felt unable to breathe. And as nervous as I was, I didn’t want to cough in the subway with so many people around.

I alleviated this problem by bringing a water bottle with me to help clear my throat. Yet, the sneezing, draining, and horrible feeling continued for close to a week-in-a-half.

My host dad explained that what was happening to me was normal. Every year, around the time I was there (May to June), my host dad and host sister would start sneezing and coughing up phlegm. This was because of the air pollution. The air is so thick that some people cough up black or discolored mucus in the early summer. I had nothing worry about and going to the doctor wasn’t going to change what was happening or make it go away faster.

I was advised to drink hot green tea every morning and at supper. The heat from the tea was supposed to help wash away the phlegm in my throat and help clear my nasal passages. I don’t know if this worked, but I did start feeling better and I continued to drink green tea even after I returned home.

Going to the Doctor in Beijing, China

I was one of the unlucky souls who had to go to the hospital when I was in Beijing. I love the subway system in Beijing, but sometimes, especially at rush hour, people will squeeze themselves into the smallest of areas and push and shove when there is no room.

I was unlucky enough to be in a situation like this about three weeks into my stay. Coming home on the subway on Line 1, I was squished in the back of the subway car with no room to breathe. Nearing my stop, Wukesong Station, I got myself ready to get off by sneaking through the crowd and standing by the doors. To stop myself from being pushed off at a wrong station, I put my right foot in-between a handrail and the seat.

This was a mistake. One station before my stop, I was basically trampled by people and while people were exiting the subway car, I was being pushed out the door with my right foot stuck in-between the handrail. My right leg cracked (not broken) and my right ankle twisted in a way that made me cry out in pain. I thought, after everyone who got off, that I might have broken my ankle. I stayed quiet, though, even with some elderly couples looking at me with concern.

The next station was Wukesong and I limped off the subway car and started my journey of walking up two floors of stairs. At first, everything was fine. My right ankle hurt, but I was able to walk. That was until I reached the street and started walking towards the intersection, a quarter of a mile down the road.

It took me twice as long to walk home and wearing flip-flops was making the journey nearly impossible. I refused to lift my right leg and foot when I was walking. I dragged my leg all the way home while trying not to look like a wounded puppy.

I was brought to a nearby clinic. The only thing the doctor could do was ice my ankle. I didn’t break anything, I just was going to have a bruise for some time.

I left the clinic with only being charged $12. This included the pain medication the doctor gave me. I was at the clinic for two hours.

I was required to have medical insurance when I signed up through CHI. Even with visiting a clinic, I didn’t need insurance because the cost of the visit was inexpensive. This is a common thing in China. Youtubers, C-Milk (Laowhy86) and Winston (SerpentZA), explain some of their experiences with medical insurance in China. And by medical insurance, I mean no one has it because it isn’t needed.

Medical expenses in China are affordable for virtually everyone. C-Milk had gotten into a motorcycle accident and was rushed off to the hospital, given a cast for his leg, and stayed overnight in the hospital. He was charged less than $200 (USD). Something like this would’ve cost over $1,000 in the United States and probably even more than that because overnight stays can be over a $1,000 a night depending on the hospital.

I would still suggest that someone who is new to China to get medical insurance. This is more to protect yourself so that if something did happen, you would have a safety net to back you up if the costs were high.

Taking precautionary steps to guarantee your safety is the most important task you can do for yourself when traveling abroad. I will still pay for medical insurance when I return to China next summer, even though I will most likely not need it. As I start to travel more and learn the culture better, I will stop needing such a safety net because I’ll understand the traditions and how things like medical issues are taken care of in China. 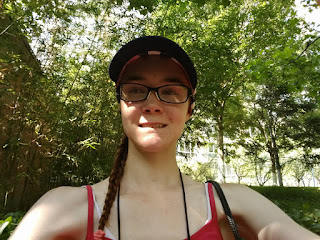 How was this post? Did you learn anything? Leave your answers below and remember to share this blog post with friends and family.
Posted by Heather at 1:37 PM 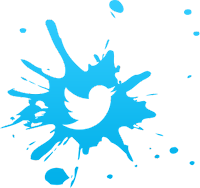 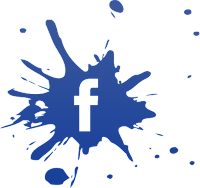